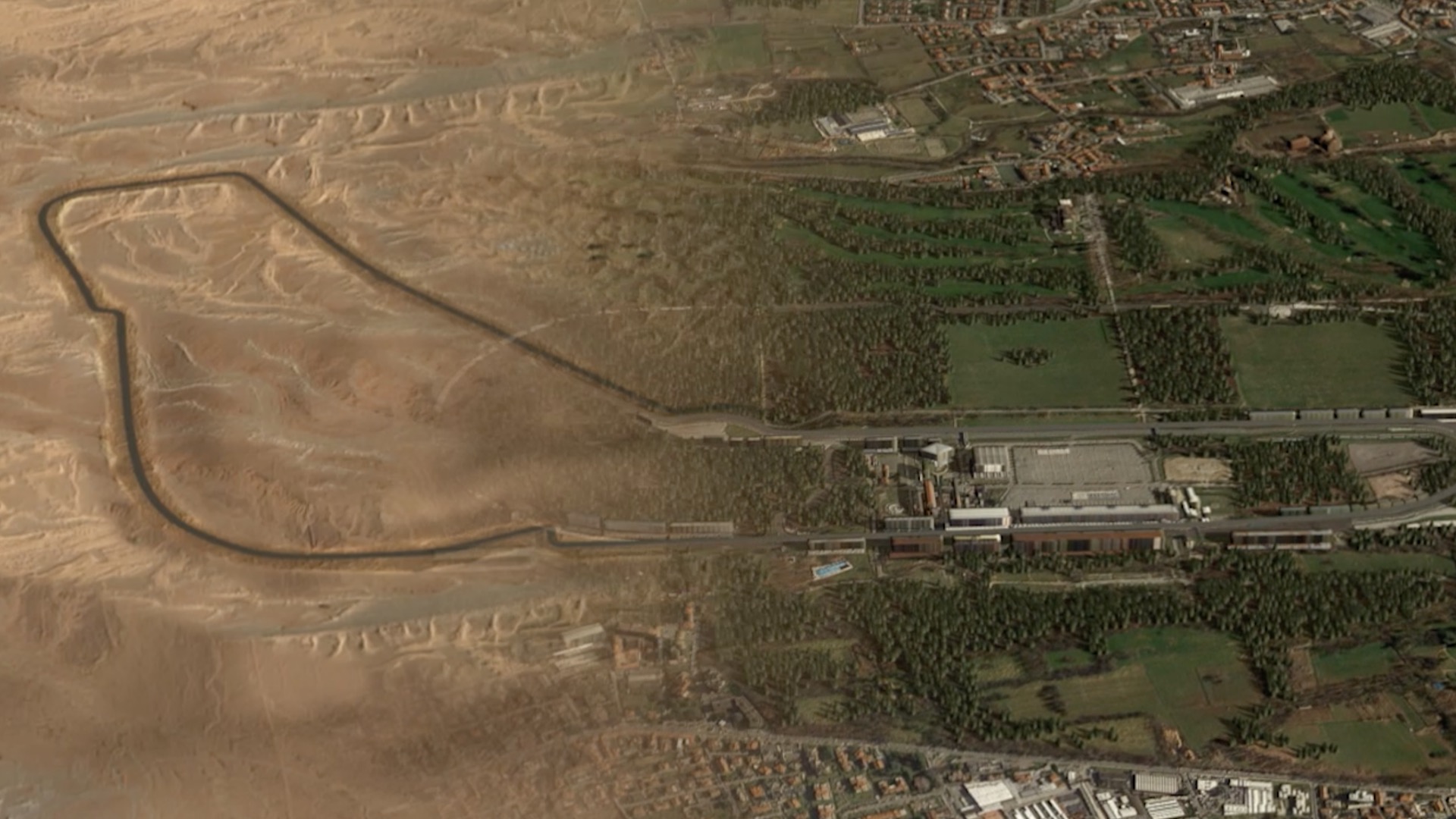 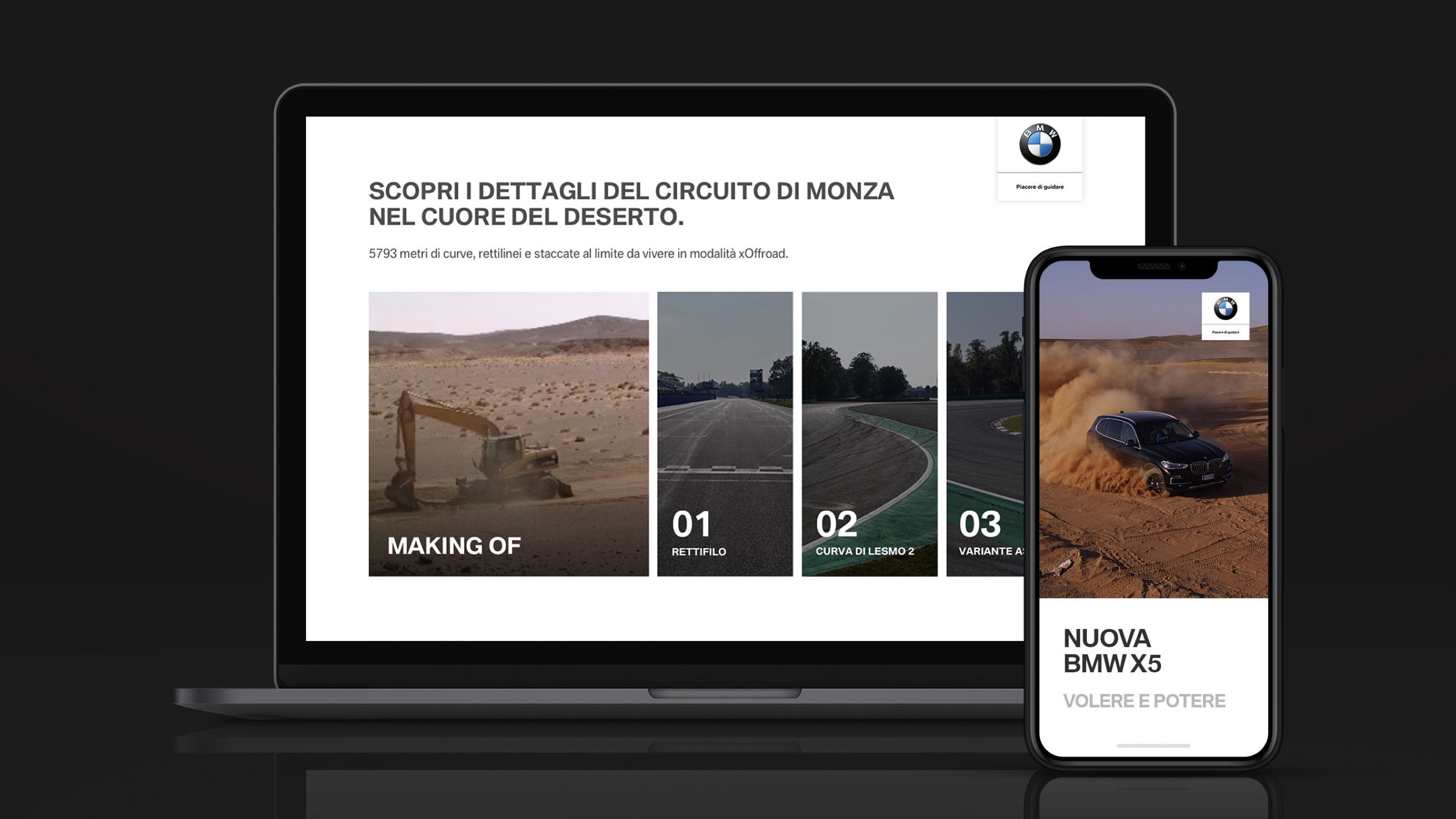 The all new BMW X5 is equipped with best in class off-road technologies. But, first of all, it’s a BMW. That’s why to prove its new capabilities we set up an unprecedented challenge: we didn’t simply test the car off road, but we recreated an entire formula 1 track in sands and rocks. The iconic BMW suv meets the iconic Monza circuit, in the middle of the Sahara desert. A massive stunt that brought the strategic positioning statement “know you can” to life and eventually became a 30° integrated campaign.

For the big launch of such a big icon we knew we needed something exceptionally big. We focused on a simple, immediate idea: taking an international icon of performance and sportsmanship and relocating it where only a BMW X5 can hope to succeed, ensuring the utmost driving pleasure. With a 5793 meter long circuit through the sands and rocks of the Sahara, Monza’s historic race track comes to life in the heart of the desert. More than 40 people, including engineers, surveyors, technicians and racers, have worked hard to faithfully reproduce a life-size replica of every turn, every straight, every chicane, using the original track’s turning circles and distances.

This monumental effort reflects the spirit of the campaign’s concept “KNOW YOU CAN”, culminating with an unprecedented challenge: to drive the new BMW X5 in one of the planet’s most hostile environments, just as you would at the Monza race track. A massive stunt that millions can relive with a series of online videos, all gathered on a dedicated platform, and with a 360° campaign that includes TVC, digital display, print and OOH.